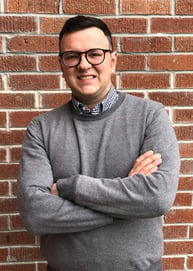 Dr. Guido Gioberto has played a key role in the development of the garment’s hardware, specifically, waterproofing and quality of the electrical connections.

Over the course of five years, his role spanned across several functional areas including: software, research & development, and marketing.

He is originally from Marsala, Sicily.